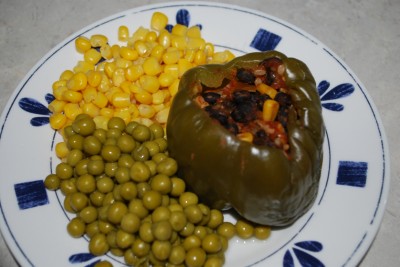 I love stuffed peppers – Barry tolerates them – Annie only eats the middle. So, when I was thinking about dinner, stuffed peppers seemed like a logical choice. Ahem. The original recipe was from Taste of Home, but I tweaked it just a little bit. They were SO GOOD! Barry said they ranked about an 8 in the “stuffed pepper” category, but not that high in the “food” category. Everyone’s a critic. The peppers were so tender after being cooked in the crock that they just melted in your mouth – pure yumminess. Ahhhh. Leftovers are bliss. 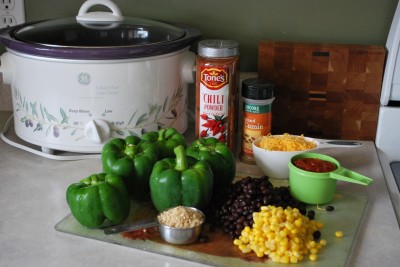 You’ll need peppers (I used 5, but the number will depend on how big your peppers are), black beans, cheese, salsa, corn, brown rice, chili powder, and cumin. This recipe is meatless, but if you wanted to add more protein you could toss in ½ pound of cooked ground meat. I was fixing this on Meatless Monday so I didn’t add meat. 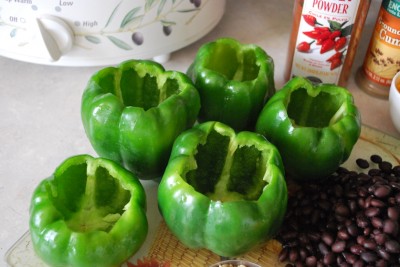 Gut your peppers so they look like a bowl. Gut is a fun word to say. Gut. 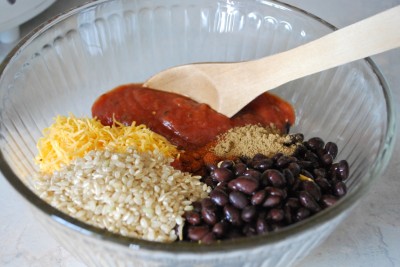 In a big bowl mix your rice, beans, cheese, salsa, corn, chili powder, and cumin. This is when you’d add the cooked meat if you were going to use it. You could add any additional ingredients that you like. Chopped green chilies would be good, or even jalapeno peppers depending on your love of heat. Any vegetable would work, as long as it was pre-cooked. 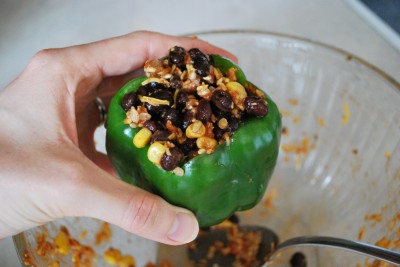 Now comes the fun part. Stuff those peppers! I always make a terrible mess – but that happens any time I’m in the kitchen. I never stuff mine very tight. I just scoop the filling in there and let fill up as it likes. 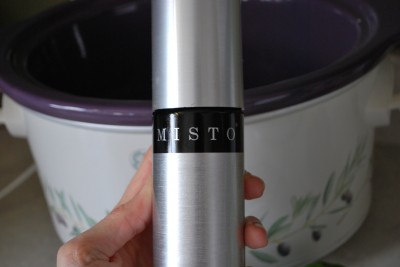 Give your crock a nice spray of oil or rub it down with butter. On a hot day, I’d like to be rubbed down with butter. My friend Erinn says people used to rub themselves down with butter and then go out to tan. What a perfectly good waste of butter. *Sigh* I used my Misto sprayer that’s filled with olive oil. I just love that thing! 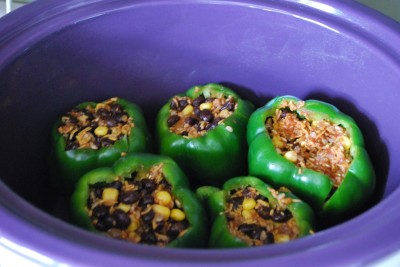 Put your peppers down into the crock…..it was a tight fit. I sorta had to smush one to make it go in. The side cracked. Oh well, That one is for Annie! It might take two crock pots depending on how many you are making. You could sprinkle the tops with cheese if you like. I didn’t, because I have this problem – I’m cheap. 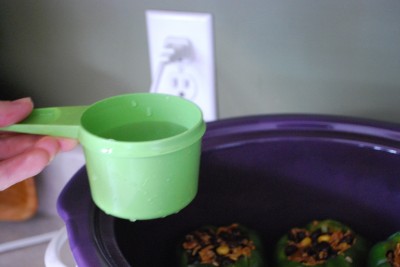 This wasn’t noted in the recipe, but I’m a chicken. So, I put a small amount of water in the bottom – for steam. I think I used about ¼ cup. No one wants a dry pepper. 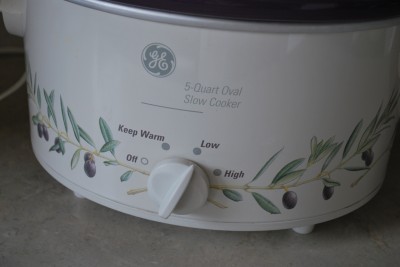 Cover and cook on low for 3-4 hours. I think these went 3 ½. Barry took them out because I was at a workshop. I love crock pot dishes for those nights! Then I know Barry and Annie are eating well, even if I’m not around – instead of sitting around and drinking syrup. 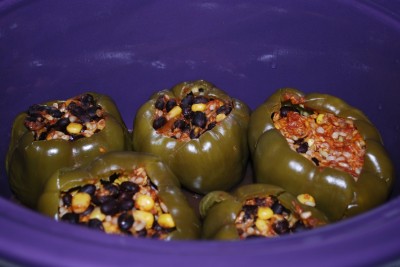 I think they turned out very pretty…..and pretty tasty too. Next time I’ll do it a bit different though. Since I used brown rice, it wasn’t all the way done when the peppers were finished. Next time I’ll use cooked brown rice instead of uncooked. I didn’t mind the “bite” left in the rice, but I think it would be better without it. I’ll make that note below for you. Crock on! 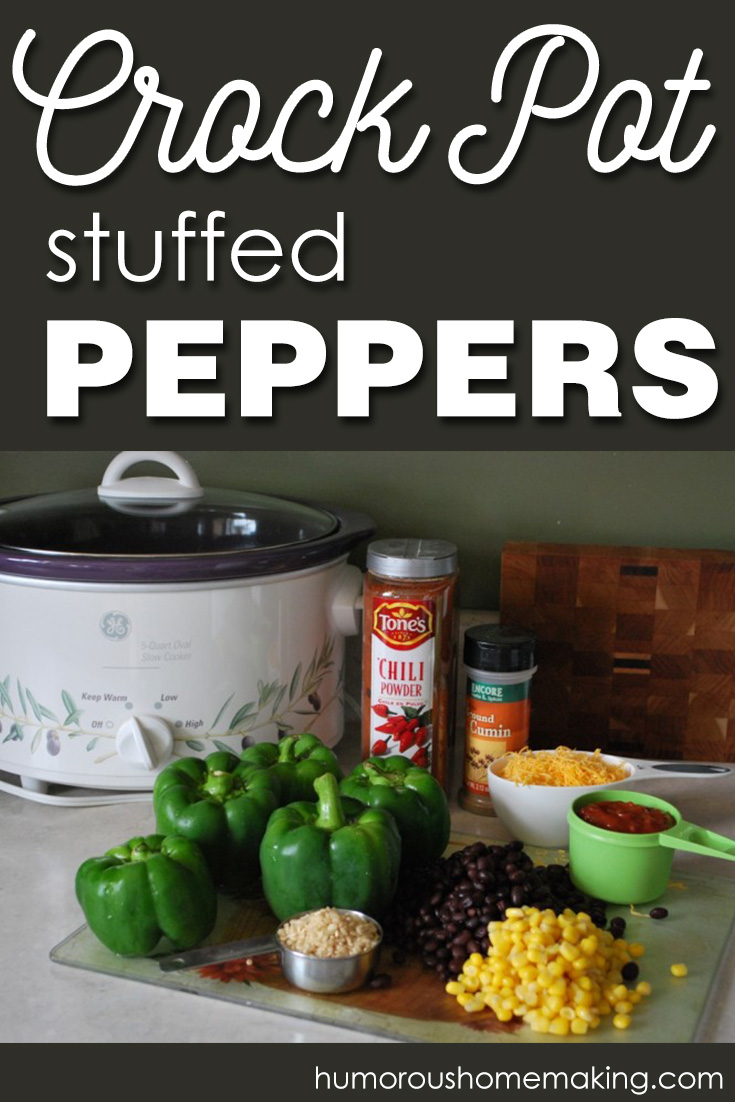