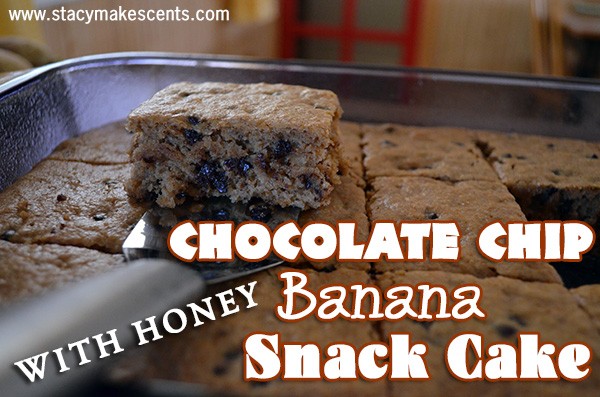 Getting in the kitchen and baking/cooking is therapy to me. Well, up to a point. When I happen to be worried about something or I’m just out of sorts, getting my hands into flour and batter just really helps me – and it’s cheaper than a therapist.  But then there are those times when getting the kitchen makes me feel like I NEED A THERAPIST. I burn everything and throw a hissy fit. The smoke alarm goes off (again). I get mad and throw a dish. Annie says, “what is THAT?” So, yeah. But baking is still cheaper than a therapist.

I wish I could explain to you the deep satisfaction that I get when I take a conventional recipe and turn it into something healthy. It’s a deep sense of calm. It’s a deep sense of pride. It’s a deep sense of humility – because the next time I try to do it, it tastes like sandpaper and you can’t even choke it down. But, I would have to say that about 75% of the time, making a recipe healthy turns out well – and I can take the other 25% that it doesn’t. And I’m SURE Barry is going to remind me of that the next time I sit in the floor, crying, rocking, and holding on to a pan of sawdust cake. 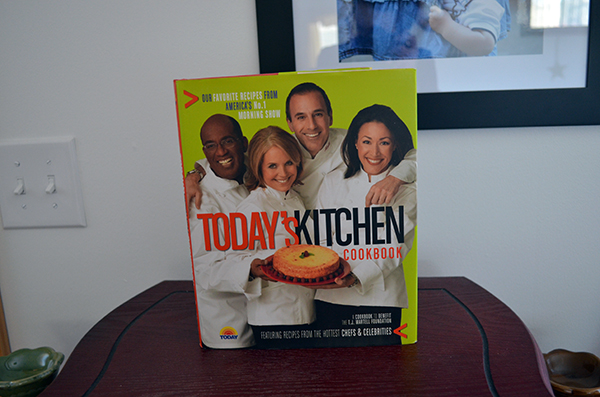 As we’re cooking through my stash, we come to this one – Today’s Kitchen Cookbook. This one was purchased for me by my mother-in-law. Here she is, buying me cookbooks again.  Subliminal messages.

This comes from my Today Show watching days. Before kids. When I used to sit down and watch The Today Show from beginning to end. Man – I used to sit and watch TV all morning. Does that seem bizarre to anyone else? Now the idea of sitting down to watch it kinda makes me want to poke my eyeballs out. But hey, I keep the cookbook because…well, because I’m a cookbook hoarder. Admitting it is the first step – the first step to……ANOTHER COOKBOOK. Boom. 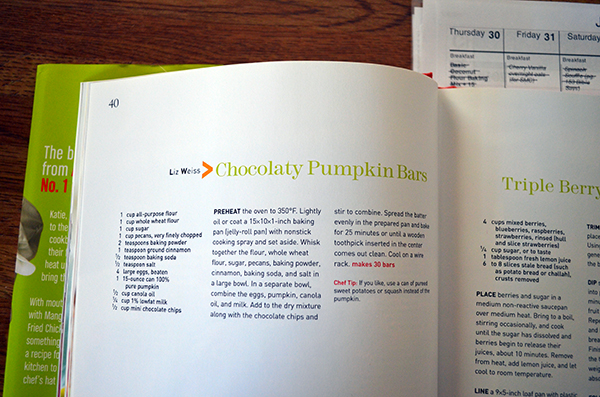 I won’t lie. I struggled to find something to convert in this one. Most of the recipes in this one, I wouldn’t touch with a 10 foot pole. I’m just a good ole southern girl who likes my normal dishes – things that don’t include shells in my soup or things that still have eyeballs.

But, then this gem popped up – and by the time I was done with it, it didn’t really resemble anything like the original. Oh well – it is what it is…and it is GONE. 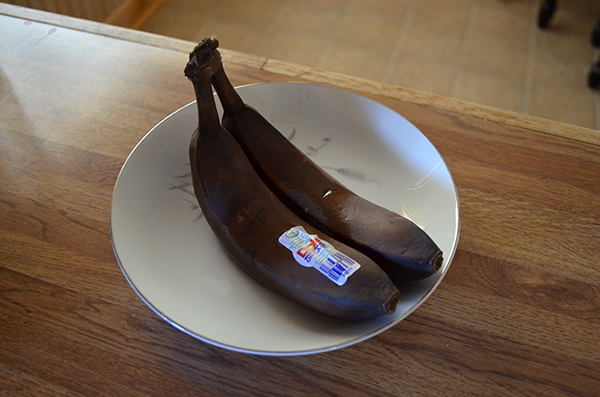 Barry says frozen bananas are freaky. I’ll give him that – they kinda look like something dead. But, I guess they are dead. Don’t they die once they are picked? I like to freeze my ripe bananas whole. Then I thaw them just a bit, cut off the top and squeeze. They slide right out and it’s great fun. They smash SO easily this way. 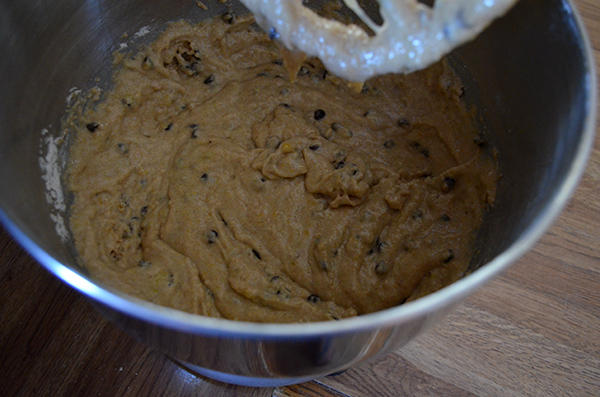 I wanted to convert the white sugar in this recipe to honey. To do that, I had to play around with the liquid ingredients just a bit. The results gave me the confidence I needed to keep on trying this method. You know what that means, right? Next time I’ll produce a hockey puck.

Also, I decided to go with bananas instead of pumpkin. As much as I love pumpkin, I know I’m the odd one out. I keep it around all year, but those of you who don’t might have a hard time finding it in the store – most stores only carry it seasonally, which is completely lame. Moral of the story – stock up in November, baby. 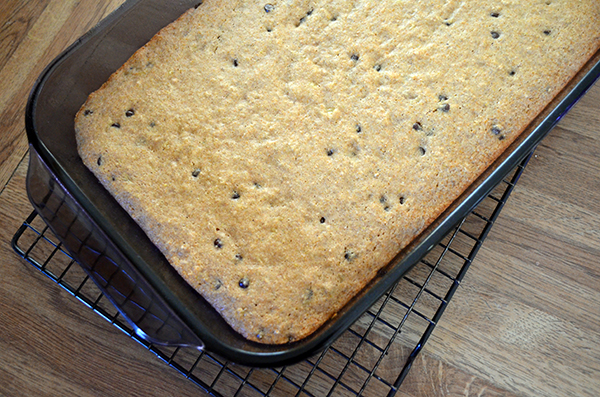 These turned out so well – even my Mama liked them…which is the ultimate test. Mama test –> PASSED. Booya.

You could add nuts if you like – or more chips. Or even raisins. Or go wild and crazy and add both. Live on the edge. With cake. 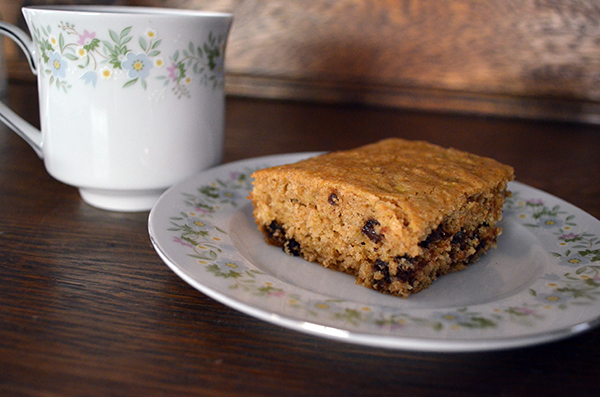