You are here: Home / Fundamentals / Internet Etiquette 101: Minding Your Manners 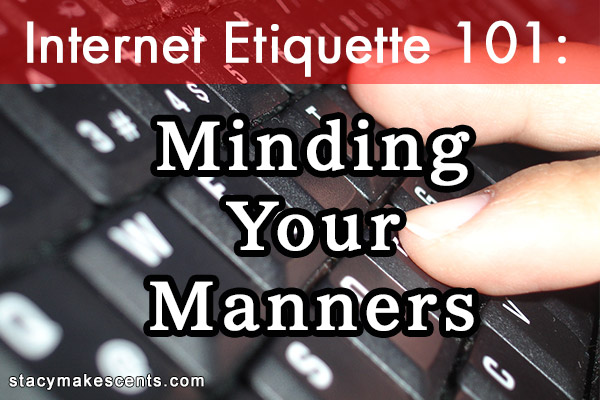 You know, there is something magical and terrifying that happens when someone comes to life on the internet.  It’s sort of like the thing that happens to Goofy in that old cartoon when he gets behind the wheel and goes from being Mr. Nice Guy to scary person full of road rage.  Disney called it “Motor Mania,” but I think in our modern age, the internet persona played by Goofy on the internet could be more aptly referred to as “Moron Mania.”

Think about it – would you ever tell someone, “[your book] should be titled, ‘Don’t Pick This Up’” in front of a large group of their friends?  Would you tell someone, “I can’t believe you’re indoctrinating your children with all that religious hogwash” in face-to-face conversation?  Well…two of my friends online recently received those comments on their PUBLIC social media feeds.  No joke.  Stacy and I have had our fair share of haters as well, but I’ve recently realized something.  People have come to believe the rules for interacting online are different than when we are talking with someone face-to-face.  As a public service to the universe, I thought I’d give a basic primer on internet etiquette – some simple questions you should ask yourself before interacting with someone on the internet.

We are a society who gets offended about all the wrong things.  Our government officials speak bald-faced lies, our teenage girls are wearing outfits that scream, “I don’t value myself as any more than a sex object,” and our televisions and radios spew filth…and we ignore every bit of it.  But at the first mention of the phrase “Merry Christmas,” the whole world goes up in arms because we dare to try and make Christmas about Jesus!  HOW DARE WE?!  Oh, the outrage!

I’m not sure when this happened, but it seems the universe has decided that anytime there is a keyboard between two people in conversation, all rules of kindness and respect go out the window.  Here’s the problem – in a written/typed conversation, only a small portion of someone’s message can be delivered. Why? There is no way to convey tone or facial expressions in a written/typed message.  If you ever go back and read old letters (you know, the ones on actual paper), it is obvious great care was taken in most cases to be clear in the communication and leave very little to interpretation. Whether this was something taught in school or by moms and dads I don’t know, but it is something that has vanished altogether in modern society.  I’m on a quest to bring it back.

With that in mind, below are five simple questions that can ask as a litmus test for your next online interaction (and hints of the answer you should be aiming for):

As you can see, you’re aiming for 4 no’s and a yes.  Simple as that.  Well, I guess with that I’ll turn it over to you.  I’m sure you’ve seen this trend on the internet – what are your thoughts?  What can we do to bring back politeness into a digital world?

Barry is the husband half of the Humorous Homemaking team. He speaks and writes mostly about personal development and personal finance issues. He is the author of From Debtor to Better: The Details of Debt and How to Get Out! and regularly speaks at conferences and other events.